After living downstairs in what Kyal has referred to as ‘The Rat’s Nest’ for months, it’s amazing how quickly this space is transformed! Posts which zoned the area have been removed and the space feels so open already! We’ve installed new Wideline windows, including new casement windows on the north side of the house, and stacker sliding doors leading out onto the rear patio. 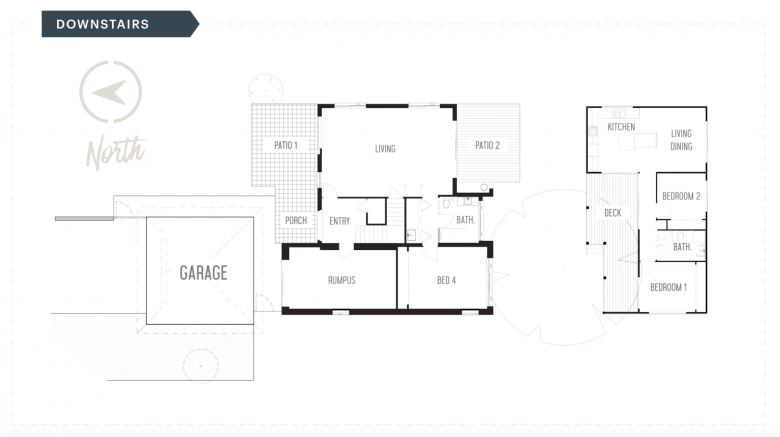 With all the demolition complete, our electrician has rewired and we’re ready to begin sheeting. Bradford’s ‘Soundscreen’ and ‘Gold’ batts have been used to insulate the ceiling cavity and we’ve used Gyprock Sensitive to sheet the ceilings. As previously mentioned, these are low allergen products endorsed by the National Asthma Council’s ‘Sensitive Choice Program.’ 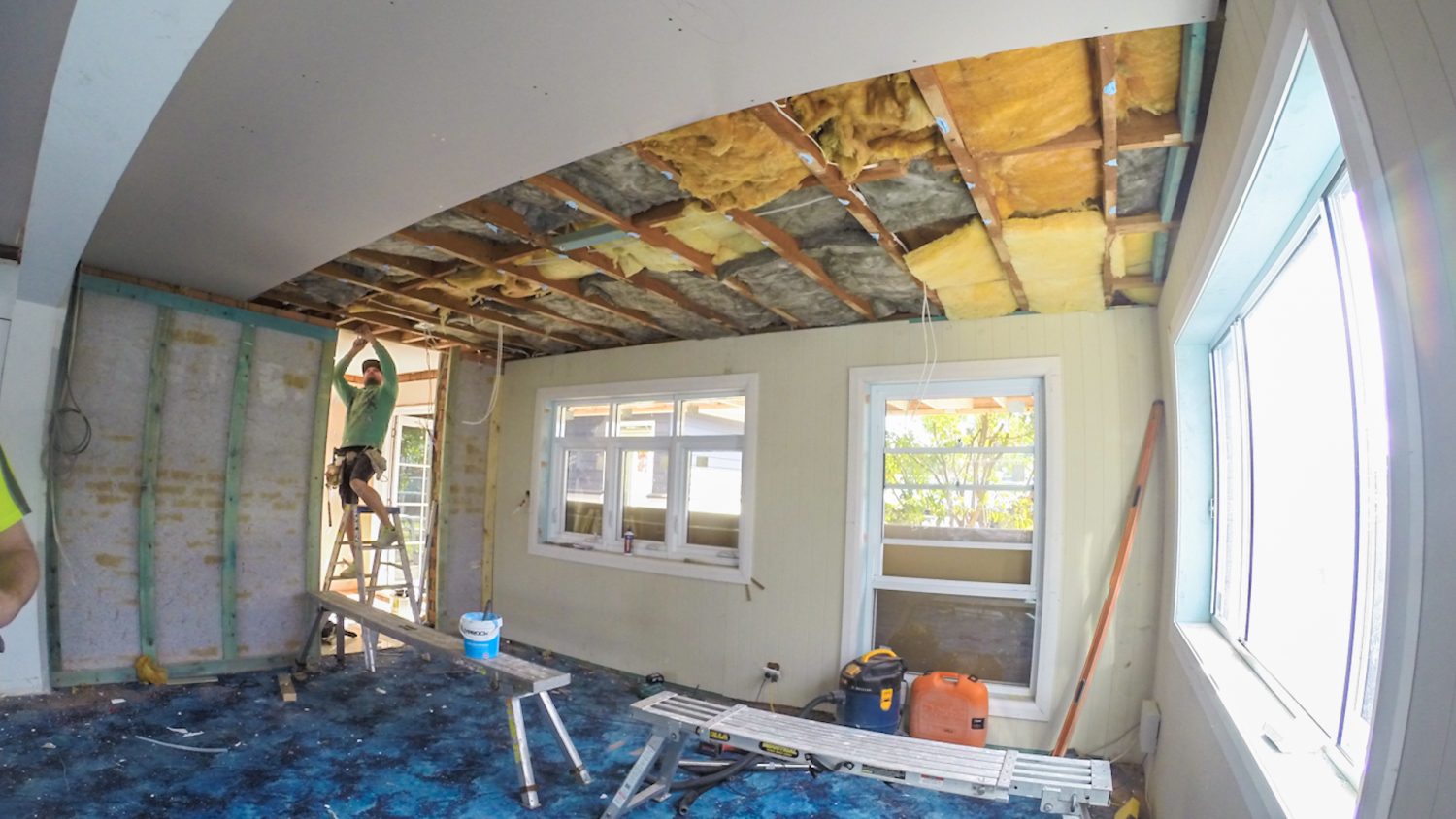 In keeping with upstairs, we’ve lined the walls with Easycraft EasyVJ and we’ve used Godfrey Hirst Regal Oak ‘Doulton’ in the 240mm wide board. We’ve painted the majority of the walls in Taubmans Endure ‘Cotton Ball’ and the TV wall in Taubmans Endure ‘Grey Goose.’ Looking forward to sharing more pictures and information regarding this space in a separate journal post. 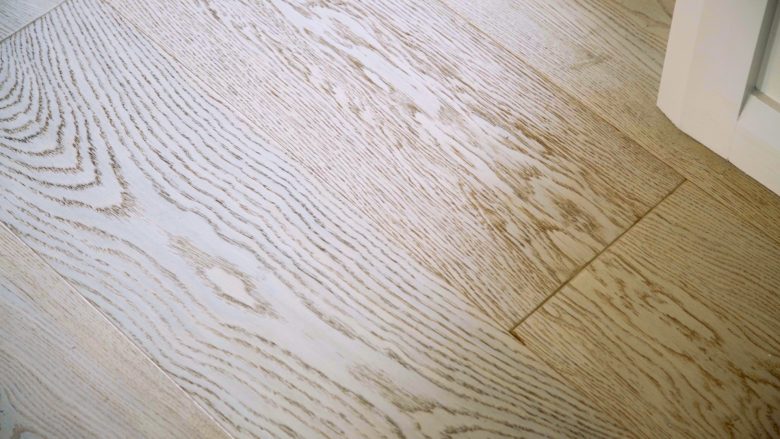 The downstairs bathroom will have a similar look and feel to the upstairs bathroom – with some subtle variations in colour and pattern. We’ve chosen the ‘Icon Era Dove Jet’ tile for the floors, and the large format 600x1200mm ‘Esagono Ash’ for two of the walls, both from Beaumont Tiles. Again, in keeping with the upstairs bathroom, on the window wall we’ve tiled halfway up with the Devonshire White Matt 75x150mm subway tile, with Easycraft EasyClad for the remainder of the walls. Again, I can’t wait to share more pictures of this space as it comes together. 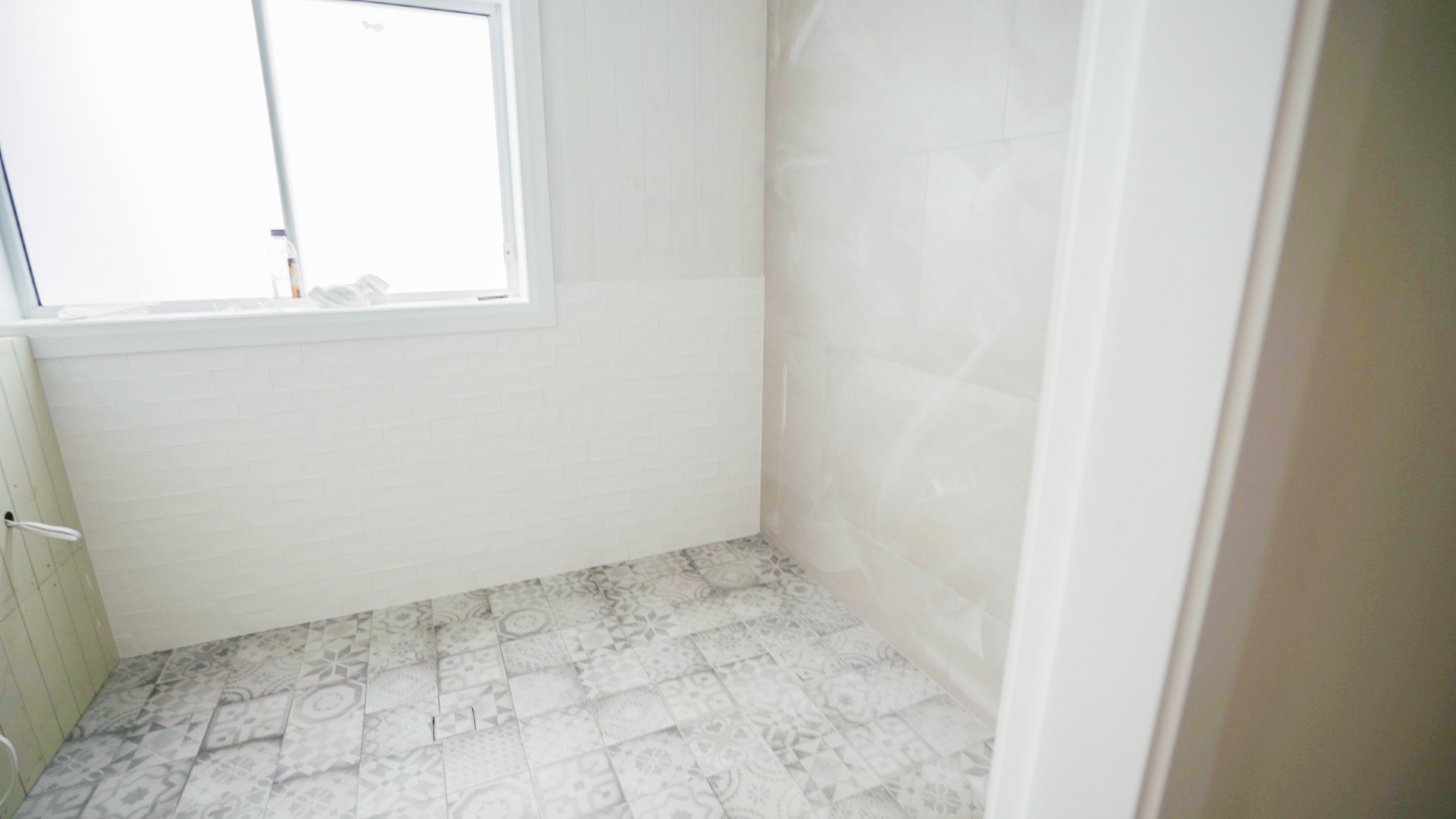 Our focus has once again shifted outside again as we’re working hard to tidy everything up out there. The rear of the house was looking flat and lacking dimension. We thought it would be a nice idea to build a rear pergola that we can grow some greenery over. Given that the rumpus room opens out onto this area, it will be a great place to relax in the summer months. Think plenty of greenery, hammocks and surfboards!

Moving back into the studio, things are progressing well! We’ve just had the kitchen cabinetry installed by Beachside Kitchens – eeekkkk getting so close! We’ve utilised every inch of that raked ceiling in this space – which means for a two-bedroom dwelling, the kitchen really provides amazing storage! We’ve chosen Taubmans ‘Iron Gate’ for the cabinetry colour, and Kyal and I have designed a custom handle for the Integrated fridge and pantry – somewhat surfboard inspired.

The studio bathroom functions as both the bathroom and laundry in this space so we’ve thought a lot about how to best utilise every square inch. We’ve chosen ‘Fusion Blend Blue’ 200×600 tiles for the floor and ‘Avana Bianco’ 600×1200 tiles for the walls – again, both from Beaumont Tiles. 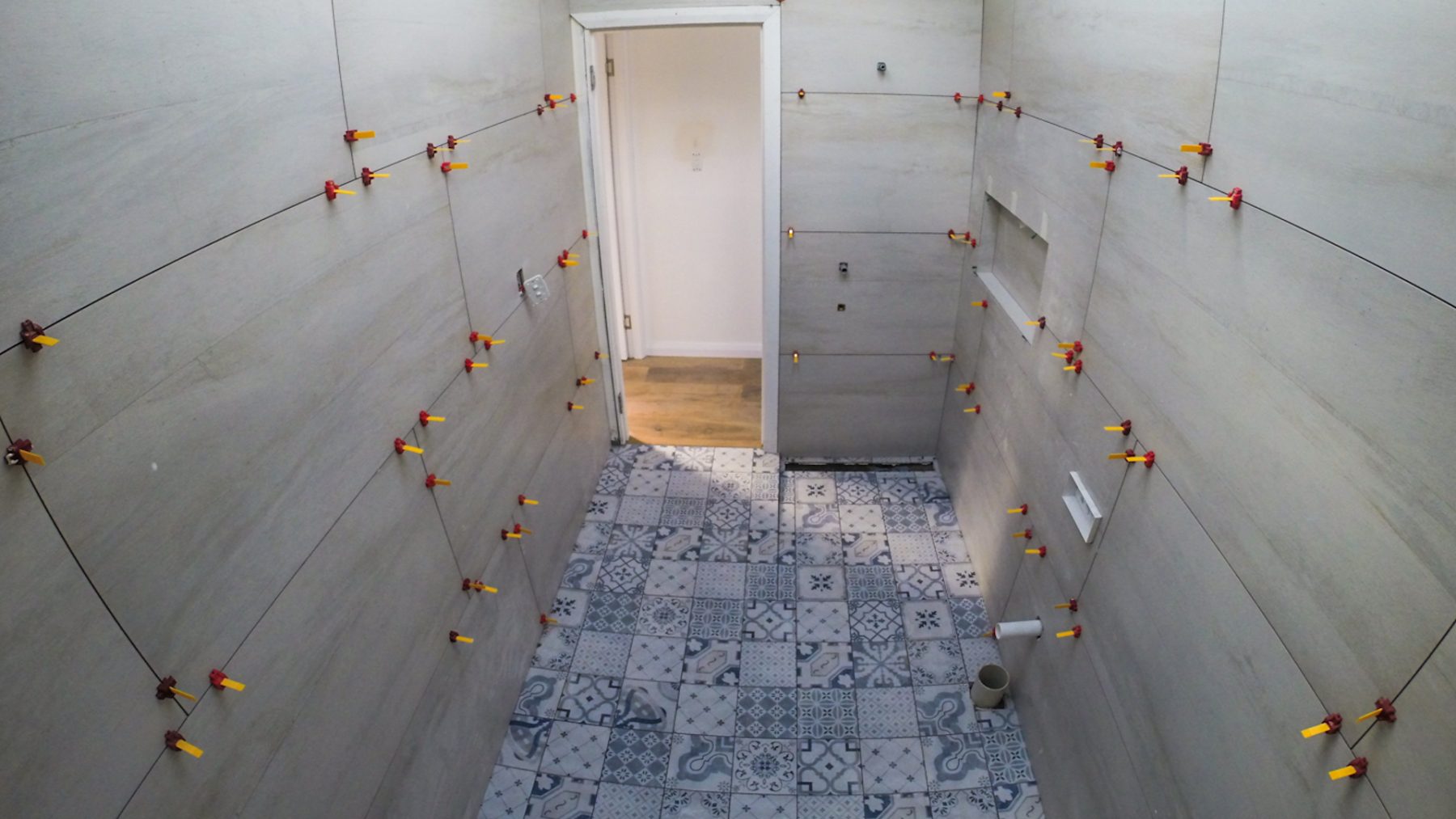 So much to do to finish everything over the next fortnight – but it’s the finishing touches that make all the difference – so stay tuned!